The prestigious launch of the new East Midlands Railway franchise was held on the 19 August 2019.

The Management team announced for East Midlands Railway, will be headed on an interim basis by Julian Edwards, Deputy MD of Abellio UK, to ensure a successful launch of the new franchise. Julian has promised ‘easier journeys, every day’ with an investment of £600m. 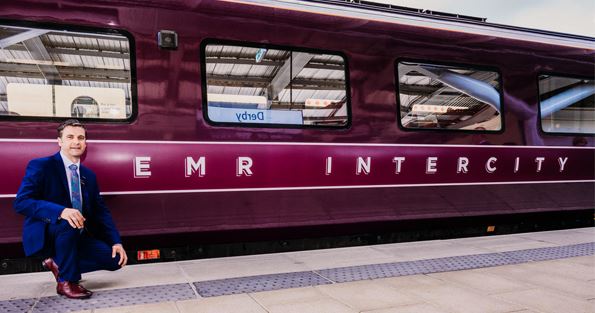 Will Rogers will join as Managing Director of EMR in January 2020.

Will is currently Managing Director of Arriva Rail London, operator of London Overground, and led the successful mobilisation of the Concession and the first three years of operation. In his time in the rail industry he has worked with manufacturers such as Alstom, Bombardier and Siemens, transport authorities such as TfL and DfT, financiers, operators, advisers, maintainers and the Office of Rail and Road.

These appointments will help support Abellio’s ambitions for the East Midlands Railway to deliver easier journeys as Abellio invests over £600 million to give passengers more seats, more services, better stations and new trains.