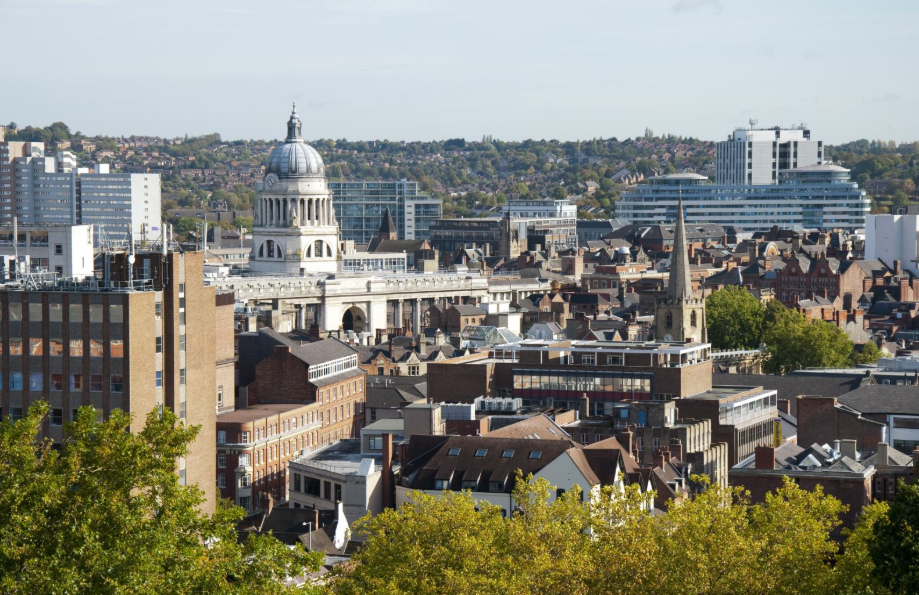 Invest in Nottingham, the organisation charged with growing the local economy through encouraging inward investment, has been awarded the prestigious Best for Business Support Services Award in the 2019 Midlands Enterprise Awards. The Midlands Enterprise Awards recognise the hardworking individuals and firms from the Midlands region for their innovation and excellence in their business practice as well as their outstanding overall performance.

Invest in Nottingham’s aim is to attract businesses to the region. They engage with businesses looking to expand and relocate, providing information about the area, identifying suitable business premises and helping them to build relationships with local organisations. They encourage businesses to consider Nottingham through major marketing and PR campaigns targeting fast-growing companies in the Tech sector and London companies looking to expand and grow, and run campaigns to help raise the profile of Nottingham as a leading business destination in the UK.

In recent months, Invest in Nottingham has supported the expansion and relocation of 18 companies to the Nottingham city region, including global IT company Infosys, global manufacturing company Cerealto and FinTech company WealthKernel. The organisation’s work supported the creation of 1000 new jobs in Nottinghamshire in 2018 – many of which are knowledge-intensive, skilled positions – and contributed over £44m in GVA to the local economy.

The team have attended events such as MIPIM, London Tech Week, the International Business Festival in Liverpool and Mobile World Conference in Barcelona to help attract businesses to the city and raise the profile of Nottingham.

In 2017, Nottingham was named top city for small business growth, outperforming the wider economy. The city has fast-growing FinTech and life science sectors and is the biggest business centre in the East Midlands. Nottingham has developed a reputation as a great destination for tech businesses, with Capital One, Experian and Ikano based in the region. Nottingham was also recently recognised as one of the top 10 creative cities in by CBRE which recognised the growth of employment within the creative and digital sectors in Nottingham during 2018.

The city is also embarking on an intense period of economic regeneration led by Nottingham City Council, with a total of £2bn invested in the Southside of the city centre, including Nottingham’s award-winning transport infrastructure. Nottingham has recently been recognised as a leading European business destination in the FDI European Cities and Regions of the Future 2018/19, winning awards for connectivity and business friendliness, and the city is also very cost-effective in comparison to elsewhere in the UK. All of this is likely to stimulate further interest and investment into the region in the future.

In spite of the national economic uncertainty, the UK remains the top European destination for foreign direct investment, and the East Midlands has experienced a smaller fall in volumes of foreign investment projects compared to other regions in the UK, suggesting it may have been more insulated against the negative impact of Brexit than many other regions. Latest figures released by global accountancy firm EY show that nearly 9,000 jobs were created in the Midlands from foreign direct investment (FDI) projects in 2018, putting the region ahead of the Northern Powerhouse (3,381), Greater London (4,676) and the southern region of England (6,349).

“Invest in Nottingham have played an instrumental role in attracting businesses to Nottingham and it is wonderful that our hard work has been recognised with this prestigious award. We have helped to strengthen Nottingham’s strong, global reputation as a leading hub for multinational companies and innovative start-ups. Nottingham is repeatedly recognised as a friendly, well-connected and cost-effective city with a skilled workforce, and Invest in Nottingham have played a significant role in helping international firms to tap into its potential. We look forward to continuing to attract new businesses and helping existing businesses to expand and thrive here.”

“One of Marketing NG’s core aims is to attract inward investment, and this award demonstrates that this is something we are doing with a great degree of success. A lot of work has gone into creating a modern and dynamic marketing company for Nottingham, bolstered by strong partnerships with city stakeholders, to make Nottingham more competitive on the global stage. The city is embarking on a period of unprecedented growth, which will enhance its reputation as a world-class business destination. There is a sense of real momentum in Nottingham and we will continue to promote its ambitious vision for the future nationally and internationally over the coming years.”