Around 90 Nottingham business leaders joined the latest Nottingham Partners lunch on Friday 10th January, which took place in the newly refurbished Spotlight Bar and Restaurant at the National Ice Centre & Motorpoint Arena. The attendees, composed of representatives from many of Nottingham’s leading businesses, enjoyed networking over a drinks reception in the stunning new venue before sitting down to lunch. 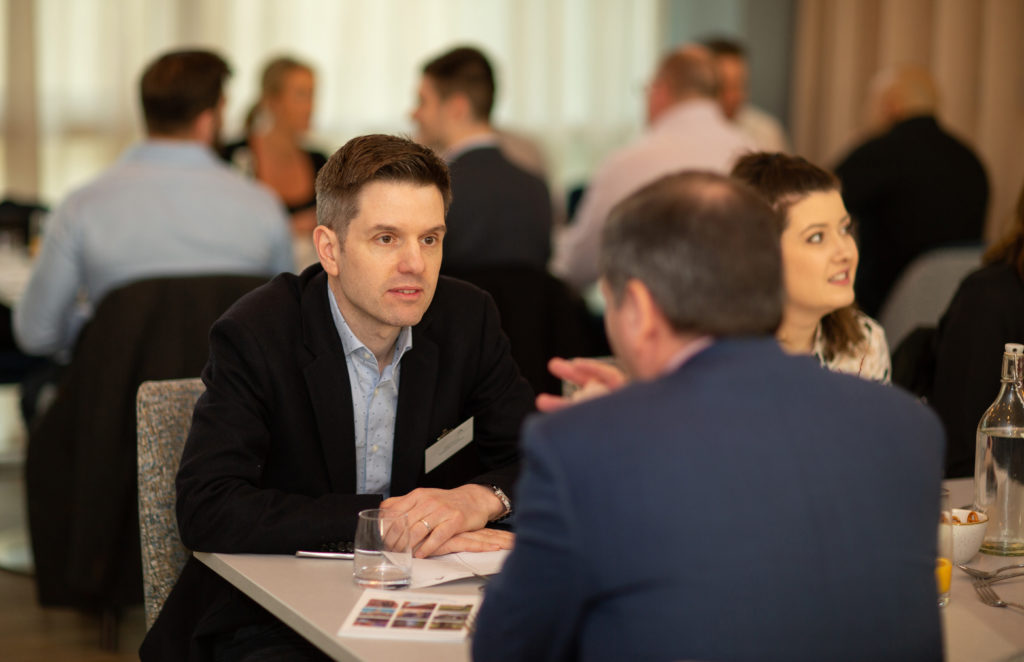 Robert Dixon, interim Chief Executive at Marketing NG, welcomed attendees to the venue, including new members Butler & Willow as well as some special guests. He spoke about the Nottingham individuals who had been recognised in the New Years Honours List, including award-winning young cellist Sheku Kanneh-Mason for Services to Music, businessman Michael Johal for Services to the Economy and Social Cohesion and Craig Chettle, Chief Executive of Confetti Media Group, for services to Entrepreneurship and the Creative Industries Sector.

He then handed over to the first speaker: Cllr Sam Webster, the Portfolio Holder for Finance, Growth & City Centre at Nottingham City Council. Sam began by introducing the challenging financial context for Nottingham City Council, outlining the reduced funding received from central Government at a time where the need is actually greater in order to fund essential services such as care for the elderly. He described some of the “imaginative, innovative and enterprising” schemes developed by the City Council in order to make up some of this shortfall. 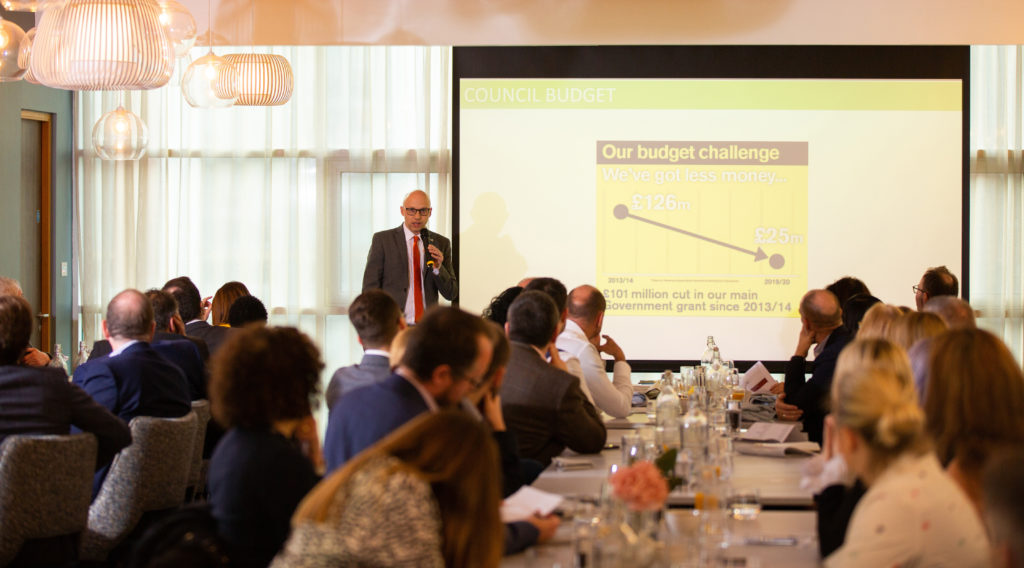 He then spoke about some of the exciting developments happening in and around the city, including the £250m Broadmarsh redevelopment, the Nottingham Forest City Ground, Nottingham Castle and HMRC, describing Nottingham as “a city whose time has come”. He ended by talking about Nottingham’s ambition to be the UK’s first carbon neutral city and listed some of its impressive achievements to date, including having the UK’s cleanest city air and the world’s largest fleet of bio-gas buses. He called this “a source of great pride for us in the city” and described Nottingham as “very forward-thinking and progressive” in this area.

He then handed over to Karen Bradford, Chief Executive at Gedling Borough Council. Karen also touched upon some of the financial challenges faced by Gedling Borough Council and the “tough decisions” that they have had to make. She then spoke about some of their current projects, such as the development of their town centres in order to increase footfall, major housing and employment sites and their new commercialisation strategy, which gives them “the power to invest”, explaining that they are currently purchasing land and developing industrial units. She also spoke about forthcoming opportunities such as the £42m Gedling Access Road. 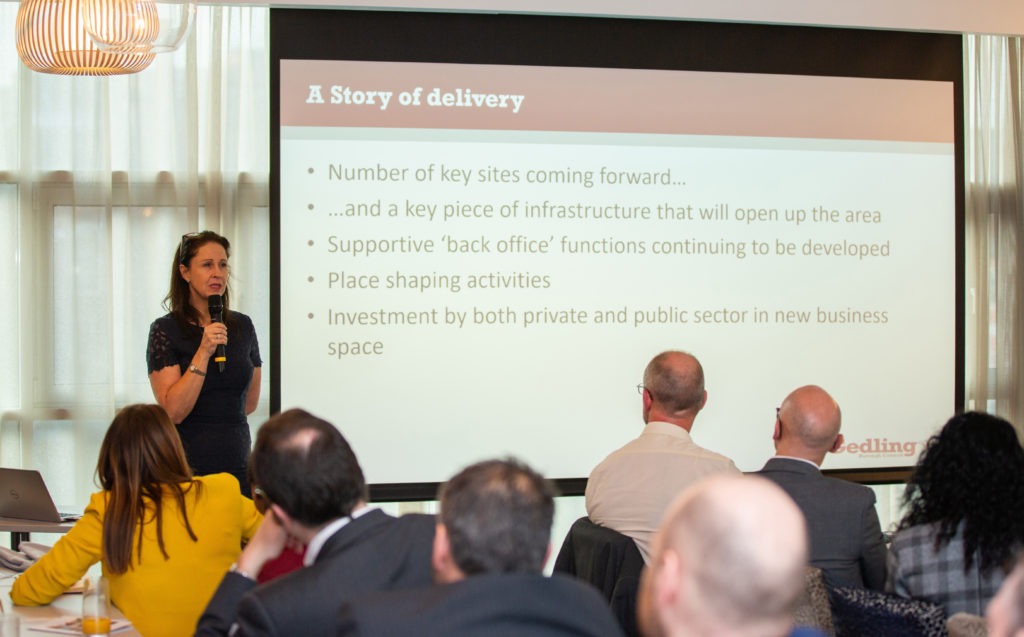 The final speaker was Luisa Vicinanza-Bedi, Director of Luisa’s Vegan Chocolates. Luisa introduced her business – a unique, award-winning bean-to-bar chocolate maker (one of only around 10 in the UK) based in Sneinton Market, which she described as “a hub of life” and a “re-energised area”. 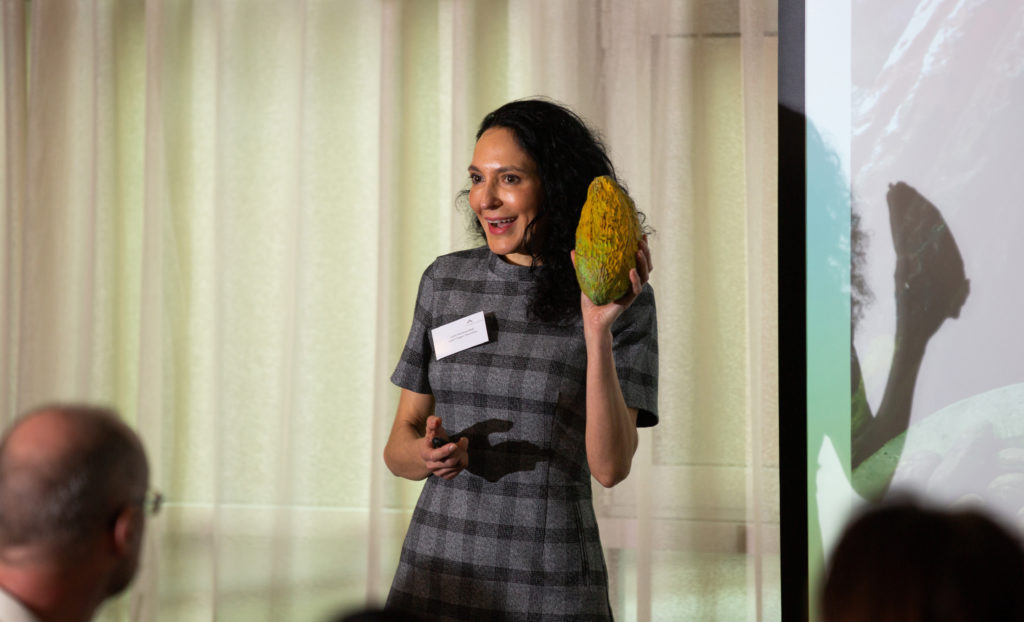 She then talked attendees through the fascinating bean-to-bar chocolate making process, asking attendees “did you know that there are so many different nuances, about 600 flavour notes in chocolate?”. She also introduced some of her suppliers and the innovative vegan products she has developed, saying, “I like to bring a bit of flair into my work and keep everything fresh and new.”

She spoke about her collaboration with the University of Nottingham’s Future Food Beacon on an Innovate UK project in Colombia before handing back to Robert Dixon, who closed the event. 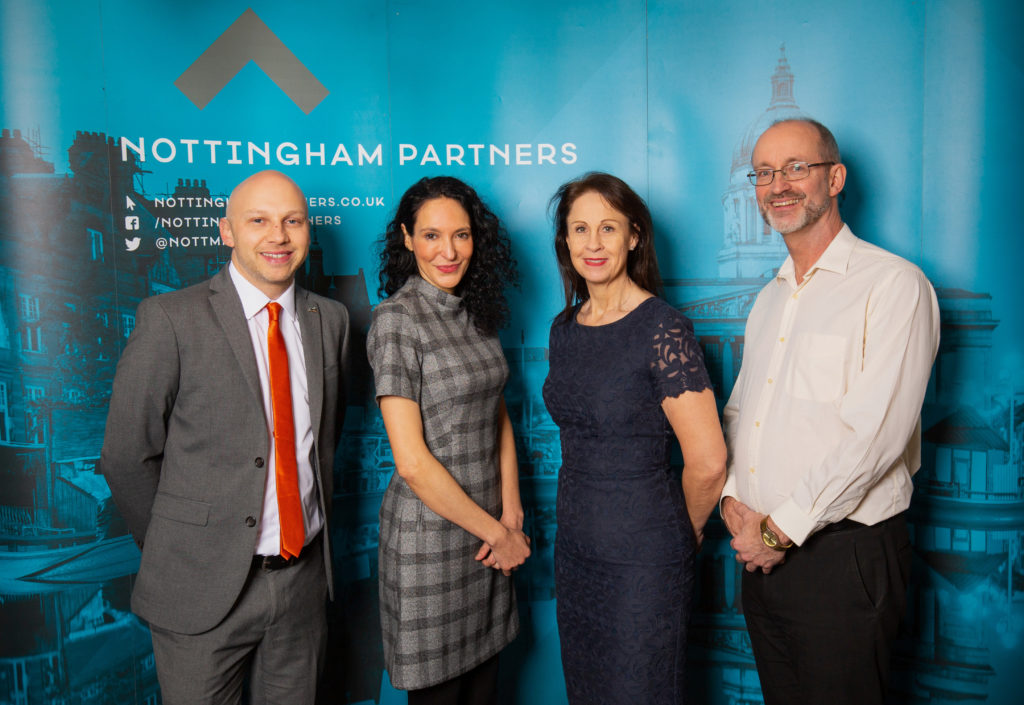 We have a great calendar of events lined up for 2020 and there’s never been a better time to find out more about Nottingham’s premier network. Contact Annette Thornley, our Commercial Partnerships Manager for more information at annette.thornley@nottinghampartners.co.uk or 0115 962 8311.