“The city of Nottingham really goes to shine a light on what an important role higher education institutions play in terms of our battle with the coronavirus.”

Nottingham’s two universities have been singled out for praise for their work helping the Government increase the levels of testing for coronavirus. 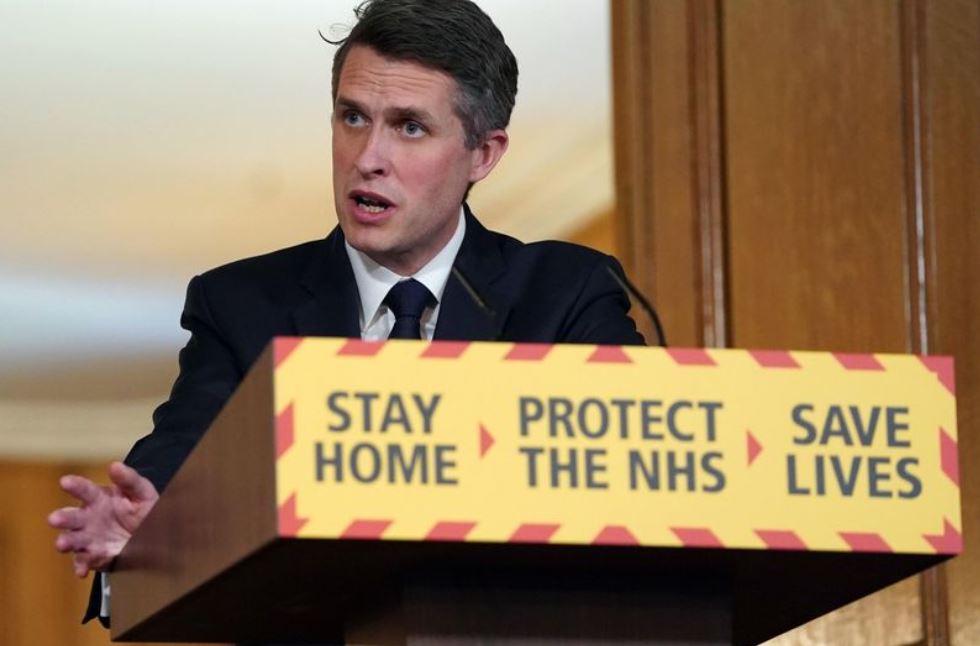 He was asked by Nottinghamshire Live about concerns relating to personal protective equipment (PPE) for social carers, and said: “Before I answer those questions, can I just take the opportunity to thank the two brilliant universities in the city of Nottingham, who have been playing an incredibly important role in terms of dealing with the coronavirus crisis.

“Whether that’s the University of Nottingham or Nottingham Trent University, who have actually lent key testing equipment in order to boost the nation’s capacity, and also to do tests, and are also working in terms of mapping the coronavirus so we can best understand and treat it.

“The city of Nottingham really goes to shine a light on what an important role higher education institutions play in terms of our battle with the coronavirus.”

From setting up machines to test 20,000 people a day to providing local food banks with fresh produce, Nottingham’s universities are playing a pivotal role in tackling coronavirus and the consequences of it, both in the city and nationally.

The two universities and their experts have collaborated to supply Polymerase Chain Reaction (PCR) machines which are able to test for the virus.

The effects of lockdown are also already being researched by academics in Nottingham, such as the impact on physical and mental health.

The Secretary of State for Education had originally been asked about the lack of PPE for social care.

It comes after Nottingham City Council leader David Mellen described the Government’s efforts as ‘haphazard and inadequate, and accused the Government of ‘breaking promises.’

Mr Williamson was asked: “The lack of PPE in social carers has been a critical issue in Nottingham, as it has around the country.

“Our local resilience forum received 40 percent of what it was told to expect in its first delivery.

“The leader of Nottingham City Council has called the Government’s handling of PPE supply has been ‘haphazard, and inadequate’, and said promises made by the Government had been broken.

“Do you think there’s an argument that the Government over-promised on the delivery of PPE?

“And secondly, when the shipment of PPE from Turkey does arrive, can you tell us how this will be allocated and distributed, and whether social care is going to be put on an equal footing to the NHS?”

To this, Mr Williamson told the Downing Street press briefing: “You raised an important point, in terms of those social care settings, and right at the start we recognised that local resilience forums, which Nottingham council is actually part of, and a key player as part of, are vital in making sure we get the distribution right on PPE.

“Local Resilience Forums will play a key role in that.”

The deputy chief medical officer, Jenny Harries, then said: “I think perhaps what isn’t evident from disucssing PPE generally is just how complex the distribution system is, and that represents the fact that, as you’ve highlighted, the care sector are really critical in their response, and that’s not just the care sector in care homes, it is individual care workers working on a domiciliary basis in an individual client’s home.

“That poses challenges in itself, so on the one hand there are quite well-established hospital-drop systems, we have had to develop much broader ones to the care sector more generally, but even so, the LRFs are extremely critical in scooping up and providing an opportunity for us to make sure we can reach those very small care homes, independent care homes and independent care workers who might not otherwise feature in some of the bigger national planning.

“I know there have been two drops of PPE to LRFs recently, there are two more – drop three planned for tomorrow (Monday, April 20) and hopefully another the same day, a fourth drop.

“So these are ongoing, the LRFs who have experienced receipt of PPE, this doesn’t mean that it’s forgotten, it’s on an ongoing basis.

“But going back to some of my earlier comments it is also really important that we don’t just drop a certain amount of PPE in one area or a few areas where LRFs can use it and leave others with front line staff unsupported.

“So it is inevitable that where there are potential shortages of supplies internationally , we want to do more frequent drops to ensure that critical staff on the front line are given the right equipment, and that inevitably means there will be smaller quantities over shorter periods of time. Until individual PPE lines stabilise.”