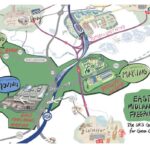 There’s no denying last week’s announcement of freeport status for the East Midlands was a refreshing shot in the arm (excuse the pun) for the region. I and many others who have been in this game for longer than I care to admit, are battle weary with the constant disappointment of being overlooked by national initiatives, financing and policy.  Often seen as the region that can fall out with its own shadow (and maybe in previous years there has been an element of truth in that) this is no longer the case and the outstanding collaboration between the 3 cities and counties in pulling this compelling bid together should be applauded. The consortium has shown that a single-minded objective can be galvanised to deliver a once in a generation opportunity to completely transform our area.

The scale of the project is enormous and has the possibility to re-energise manufacturing, have a ripple effect on supply chain and give East Midlands Airport the status it deserves. The freeport promises much in terms of job creation and economic growth but it’s a well thought out concept tried and tested in other parts of the world. A far cry from similar promises made by the creation of Enterprise Zones which certainly in this area made little or no difference. Indeed, in Nottingham more activity and investment has happened on those sites after the lapse of Enterprise zone designation.

Whilst it is undoubtedly very welcome news, we will need to ensure the impact on the three surrounding cities of Nottingham, Derby & Leicester is a complimentary and positive one. The universities could have a key role to play here.

No one knows this patch better than those who live and work here, and as more details start to emerge for the freeport it’s reassuring to know that it will be led by the region to deliver the needs of the region. The Invest in Nottingham Team will be getting involved and supporting all the way. 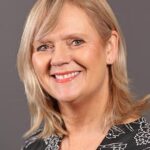 Innovating our way to recovery – A blog by Gemma Morgan-Jones, SME Engagement Manager at the University of Nottingham

As I write this blog post we have just passed the one-year mark since the country entered its first national... Read more