Stephanie Sirr, Chief Executive of Nottingham Playhouse and Joint President UK Theatre , has been awarded the honour of MBE in Her Majesty’s Birthday Honours 2022. 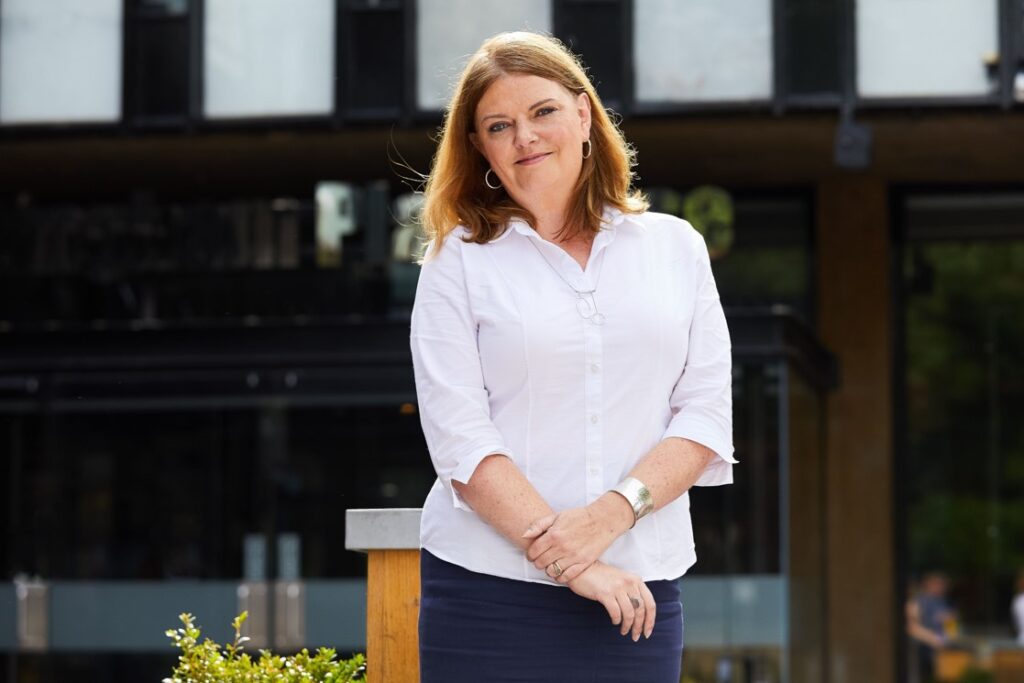 Stephanie Sirr has been Chief Executive of Nottingham Playhouse since 2001 and President of UK Theatre since 2021. Before taking her role at Nottingham Playhouse she ran Blackpool Grand Theatre for five years and the Merlin Theatre Frome for two. She has programmed several theatres in addition including Sadler’s Wells and The Hackney Empire. Prior to this Stephanie worked as an actress for five years, a stage manager for two and has been, variously, a theatre critic, court reporter and comedy club compere. She was a founder Board Member of Dance Touring Partnership and Ticketing Network East Midlands and a board member of Nottingham City Of Literature and Vice Chair of PiPA.

During the Covid pandemic Stephanie has been a vocal advocate for the importance of regional theatre in the UK and a champion of the work of Nottingham Playhouse.  Alongside Nottingham Playhouse Artistic Director Adam Penford, she continues to steer the theatre forward as one of the leading producing venues in the UK

The award has been made for services to the arts.

Stephanie’s contribution to Nottingham Playhouse and the arts and cultural sector over the years has been immense. She steered the ship through the pandemic with dedication and fortitude. A keen champion of diversity and young people in particular, she has had a big impact on increasing opportunities and ensuring the industry is a more representative place.

This is a richly deserved award and I would like to offer huge congratulations.

During her tenure at Nottingham Playhouse Stephanie has helped establish its reputation as a major producing house regionally,nationally and internationally .

She has contributed in numerous roles to the City of Nottingham visitor economy and supported the role of theatre professionals nationally as the current President of UK Theatre.

“It gives me great pleasure to congratulate Stephanie Sirr on receiving an MBE for her services to the arts.  This is richly deserved and her passion and contribution to Nottingham’s cultural life has been enormous.  Her commitment  goes well beyond just what is being presented within the ‘Nottingham Playhouse’ as she has served on many groups and committees both here at Nottingham City Council and,  nationally,  looking to ensure a voice for the arts is heard and advocated for at every level in policy making.”

“The Nottingham Playhouse has been a leading producing house of innovative and new theatre since it was established in 1948.   Over that time many famous names, directors and producers have been given breaks and showcased an astonishing programme of work.  Stephanie has done a fantastic job over the last 20 years as its Chief Executive ensuring that the work produced remains as relevant, accessible and exciting as ever. The Playhouse provides a real cultural uplift for our city.  It provides diversity and interest in our city’s offer and constitutes a very successful venue bringing up performances that capture people’s hearts and imaginations.  The honour is richly deserved and recognises her important work in the arts.”

“I am really honoured to receive an MBE.   It underlines how fortunate I have been to work alongside some really brilliant people over many years.  This has enabled some transformative creative work to happen in and for the many communities I have been privileged to serve.”