The East Midlands Development Corporation – The corporation was set up after £2 million was allocated by the Chancellor.

Home » Blog » Blog » The East Midlands Development Corporation – The corporation was set up after £2 million was allocated by the Chancellor.

Business leaders have hailed the “exciting” potential of the East Midlands as a new group set up to turn the region into an economic powerhouse met for the first time.

The East Midlands Development Corporation wants to maximise the potential of land around the proposed HS2 station at Toton and East Midlands Airport. It is also focusing on the Ratcliffe-on-Soar power station site, due for closure in 2025.

The group met for the first time to discuss their plan at the East Midlands Conference Centre on Monday, March 4, where they hailed the various initiatives in the region and the impact they could have.

After the meeting, Sir John Peace, chairman of the Midlands Engine , told Nottinghamshire Live: “We have been talking about the development corporation for the East Midlands, which will create thousands of jobs and business opportunities. 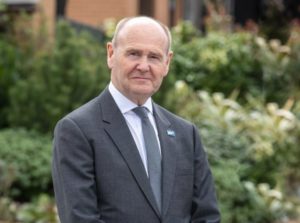 “With the gateways, through East Midlands Airport, rail links that will come, partly with HS2, with Immingham (docks) to the east, it is an amazing region – the opportunities are fantastic.

“It is hugely exciting, but we have to plan carefully, we need to think this through.”

The Midlands Engine initiative was launched 2015 as the region’s answer to the Northern Powerhouse. It aims to attract investment and development to the region and is a collaboration between businesses, local authorities and 10 local enterprise partnerships.

The corporation was set up after Chancellor Philip Hammond announced at last year’s Conservative Party conference that £2 million would be allocated to the Engine to maximise opportunities in the Midlands.

The development corporation model has been utilised in the past and was used to transform the London docklands area into what is now known as Canary Wharf. They essentially have the power to cut through the planning system and assemble sites.

The first meeting of the group, named the East Midlands Development Corporation Oversight Board, was closed to the public. However, participants spoke of their excitement about the possibilities for the region going forward.

Among the representatives was Karen Smart, managing director of East Midlands Airport, where the East Midlands Gateway logistic park is also being developed. This will create thousands of jobs.

She said: “It is a real opportunity for us to bring forward some of the initiatives ongoing in the East Midlands and join the dots and bring things together for the economic benefit of the region.

“Every day I look out the window and see the progress going on either on the airport site and also at the East Midlands Gateway (logistics park).

“It is happening all around us, it’s incredibly exciting, it’s an incredible opportunity. Airports and regions very much have a symbiotic relationship. When an airport is doing well, a region is doing well and vice versa, so this is just taking it to the next level.”

Other organisations on the board include Nottinghamshire County Council, Nottingham City Council, University of Nottingham and East Midlands Chamber.

Kay Cutts, leader of Nottinghamshire County Council, added: “I think the potential is almost limitless. I think this is a new industrial revolution we are having now.”

It is anticipated 74,000 new jobs will be created, 20,000 new homes and 10 square kilometres of development land as part of the zone around Toton and East Midlands Airport, as well as the Ratcliffe-on-Soar power station site.

In January it was confirmed an operator had been found for the new rail freight terminal at the SEGRO Logistics Park at East Midlands Gateway . This will be capable of handling up to 16 freight trains per day and have storage capacity for the equivalent of 55,000 pallets of cargo.