Over 130 Nottingham business leaders joined the latest Nottingham Partners lunch on Friday 10th May. The lunch, which was themed around ‘The Built Environment and Regeneration’, took place at Alea Nottingham and was sponsored by Arup. 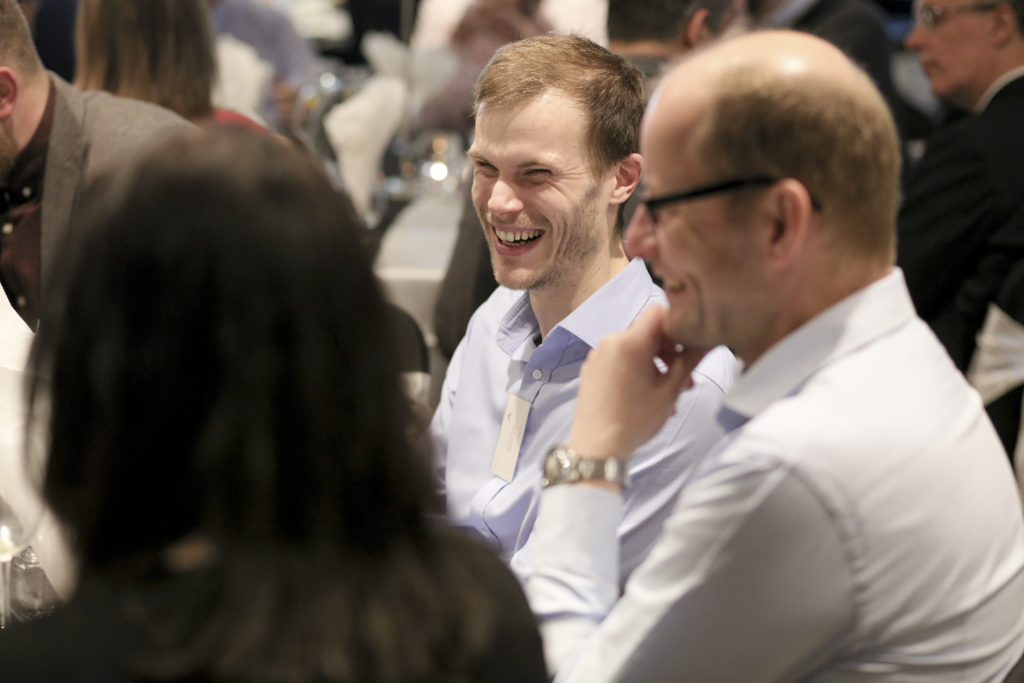 Attendees at the event

The attendees, composed of representatives from many of Nottingham’s leading businesses, enjoyed networking over a drinks reception before sitting down to lunch.

Paul provided some updates on Nottingham’s progress in recent months before handing over to guest speaker Alexander Jan, Chief Economist in Arup’s City Economics team, whose expertise is advising clients how to best deliver regeneration and transport projects to meet their economic, financial and wider strategic objectives. 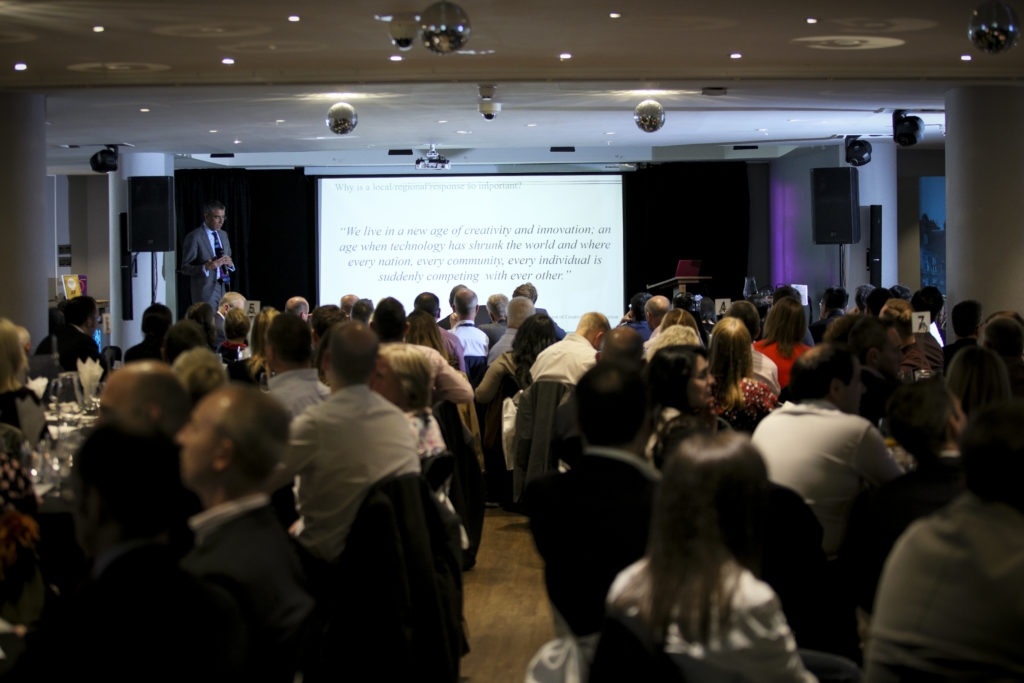 Alexander Jan speaking at the event

Alexander gave an introduction to the wider economic context before explaining how Nottingham is perceived by other areas in the UK. Its current strong points, for example, are its transport and connectivity as well as the upcoming southside regeneration.

He also described some of the challenges that the city faces, such as the absence of a regional level voice and reduced public spending compared to other regions, explaining that the East Midlands GVA per head is 79% of the UK average.

Having outlined these problems, he offered some possible solutions, such as focusing on high employment, a high quality and responsive regional skills system, high quality housing and building on a strong industrial and manufacturing legacy.

He then handed over to Jo Begg-McBrearty, Assistant Director of Customer Insight at HMRC, who spoke about HMRC’s upcoming move to Unity Square in 2021. She offered some background on the planned move, describing their current premises and giving an overview of the 2600 people who are currently based there in order to provide some context. 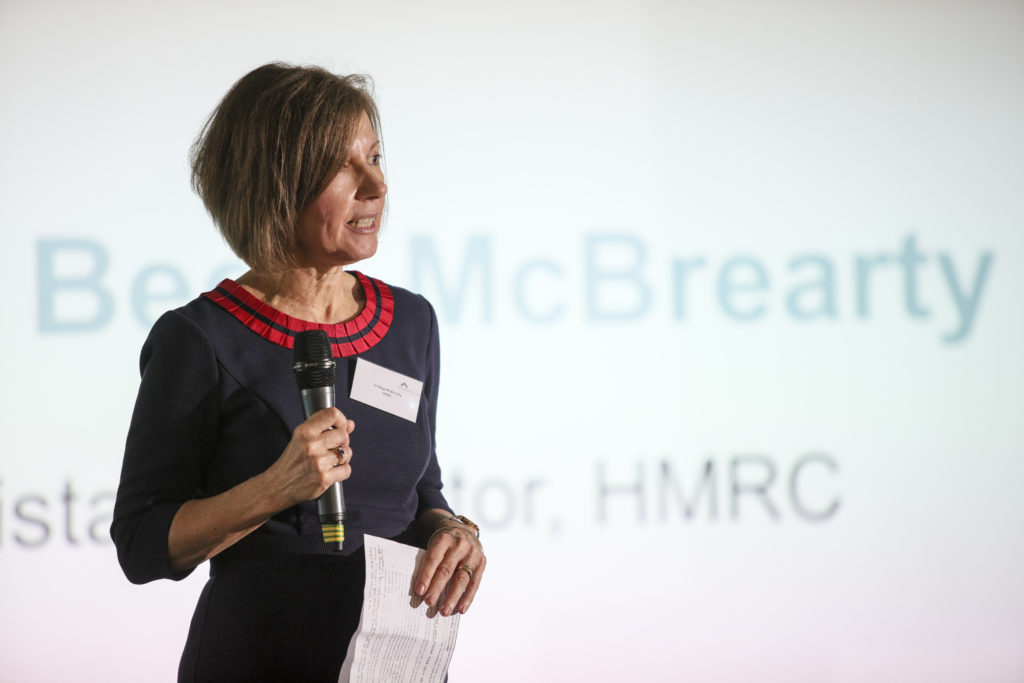 Jo Begg-McBrearty speaking at the event

Jo also spoke about some of the work that HMRC is currently doing in Nottingham, such as their projects to improve social mobility in the local area. She described their talent retention programmes and how they are encouraging students from the two universities to remain in Nottingham.

She also spoke about the work they are doing with schools, describing a recent pilot they did with students from a Pupil Referral Unit, which involved a week of workshops, team building exercises and coaching sessions – and were met with great success.

The final speakers at the event were Jon Collins and Nick McDonald of Nottingham City Council. They began by outlining some of the current challenges in the city (such as a lack of Grade A office space) and opportunities (Nottingham is bucking the national trend with a younger population thanks to the growth of its universities). 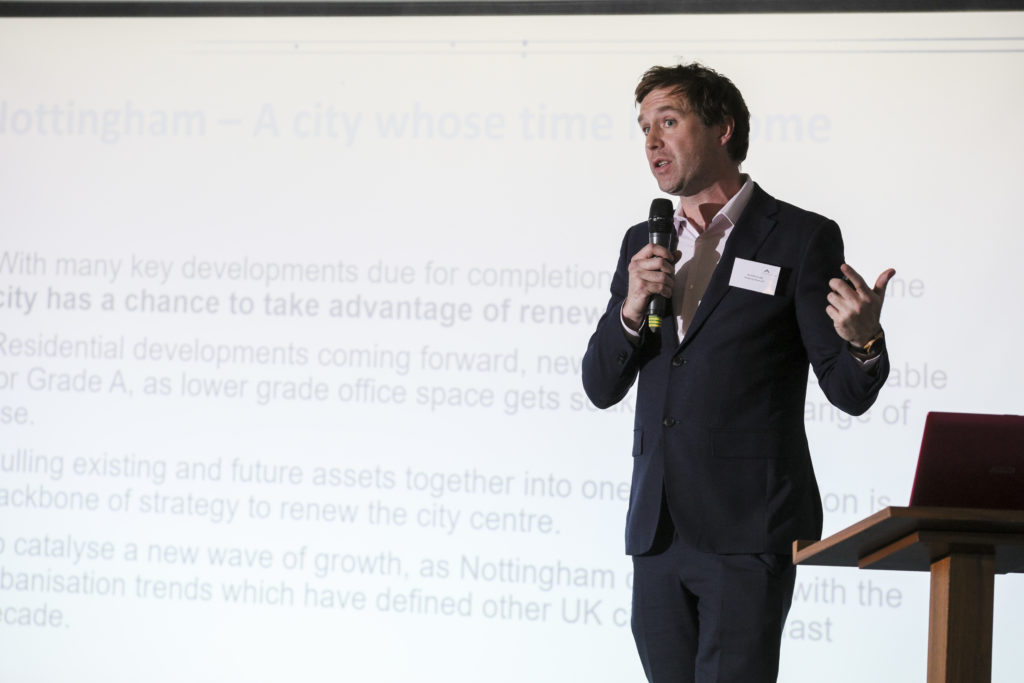 Nick McDonald speaking at the event

They explained the vision and strategy for Nottingham and described how the city hopes to build upon its key assets and strengths. They described some of the key targets, such as aiming for 500,000 annual tourist visits in 2025, or 80 green space access points within 1 km of centre, with Nottingham the UK’s leading green city.

They finished by offering suggestions for a more joined-up approach to City Management, explaining how currently separate organisations might work more closely together to achieve the vision for the city, before handing back to Paul Southby to close the event. 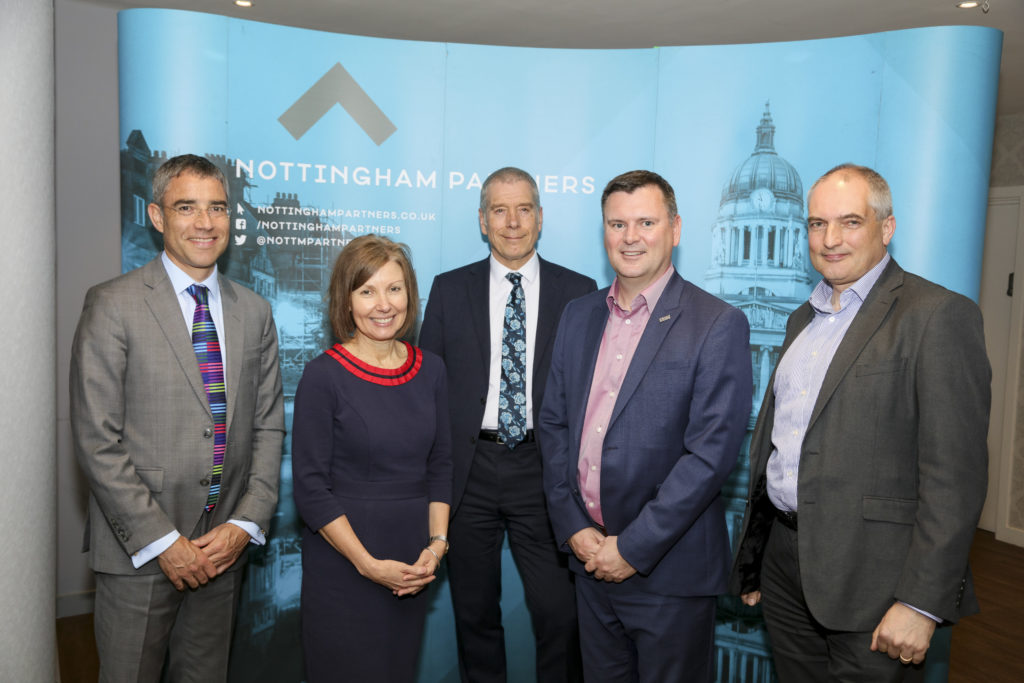 The next event is the Nottingham Partners Members’ Lunch on the 12th July, which will be held at the Crowne Plaza Hotel and begin at 12 noon. This lunch will have the theme of “Transformational Talent Development: Enabling your people to step up and deliver in challenging, changing contexts” and will be sponsored by Gateley PLC. Please click here to book your place.