Nottingham’s business leaders gathered within the Derek Randall Suite, overlooking the iconic pitch at Trent Bridge cricket ground, on Friday 8th November 2019 for the Nottingham Partners lunch, sponsored by Champions (UK) plc. Following the drinks reception, which provided representatives from many of Nottingham’s leading business the opportunity to network, attendees sat down for lunch before hearing speeches from leaders within the creative industries in Nottingham. 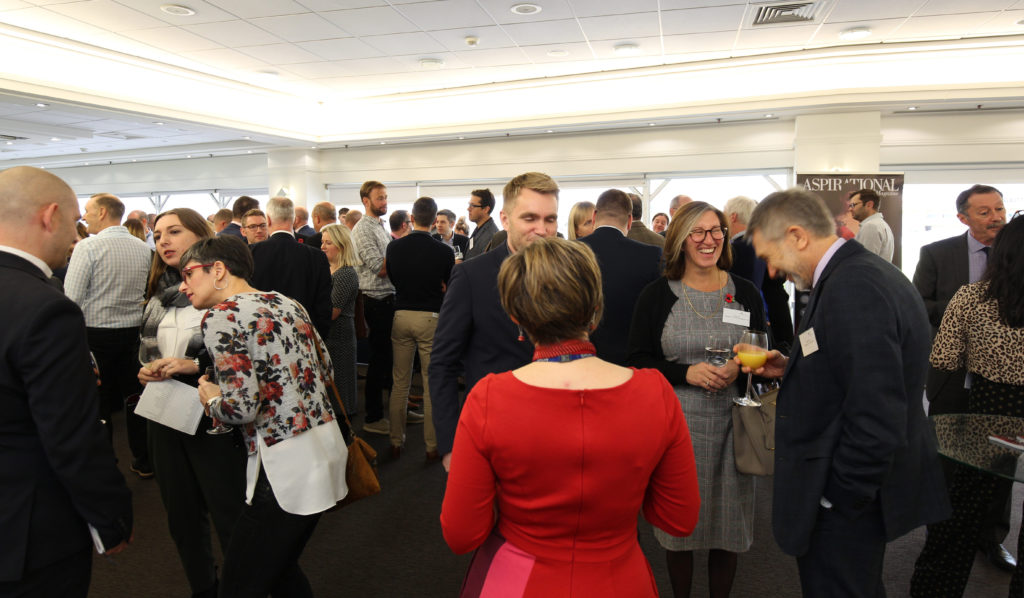 Paul Southby, Chair of Marketing NG, welcomed guests to the venue, including new members, Treetops Hospice Care. He spoke about the importance of the creative industries, not just within Nottingham but the UK as a whole with its position as the UK’s fastest growing sector, with jobs increasing by four times the national average.

David Simms from event sponsors Champions (UK) plc shared some interesting insights into touchpoint theory, the changing world of marketing, PR and brand strategy and ways in which this has informed the evolution of Champions (UK) plc as a business. 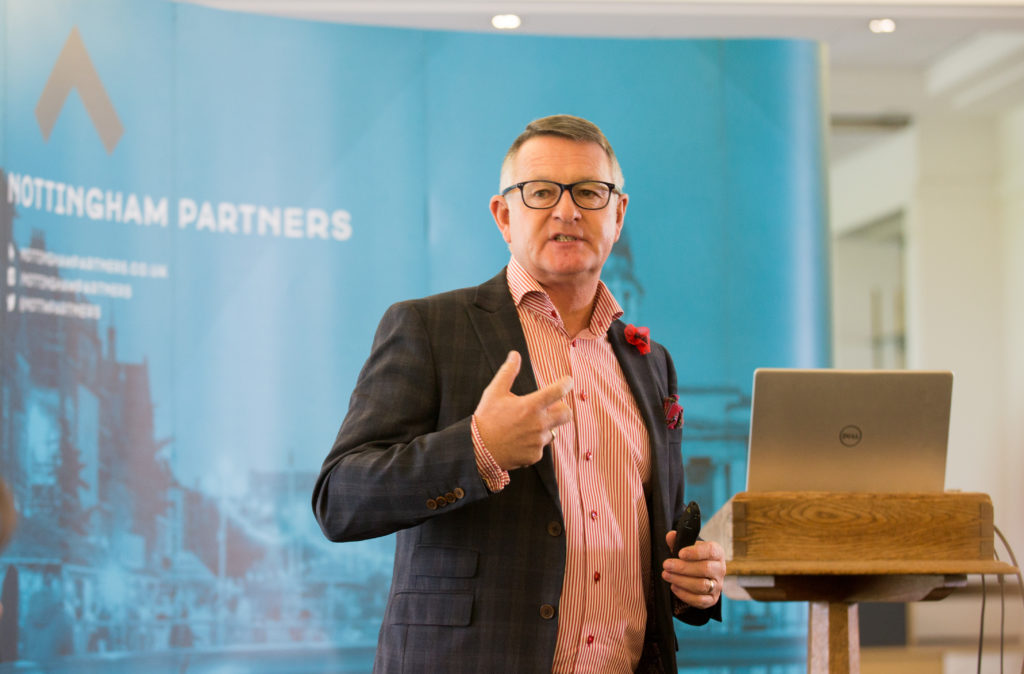 Attendees were then shown an exclusive premier of a new video produced by Nottingham Playhouse, voiced by Vicky McClure and showcasing the work Nottingham Playhouse do both on and off the stage, working in close partnership with Nottingham City Council, the universities and many local businesses to improve the lives of those living in our community.

Nottingham Playhouse has been a key player in Nottingham’s cultural landscape since 1948 and generates £25 million in economic impact for the East Midlands each year. Since speaker Adam Penford was appointed Artistic Director in 2018, the thriving cultural hub and influential theatre has gone from strength to strength. Their award-winning production of The Madness of George III by Alan Bennett, starring Mark Gatiss, was screened around the world via National Theatre Live, helping to put Nottingham on the map for their innovative theatre. In the last year audiences have increased by over 10% and the organisation recently won the prestigious Regional Theatre of the Year Award 2019. 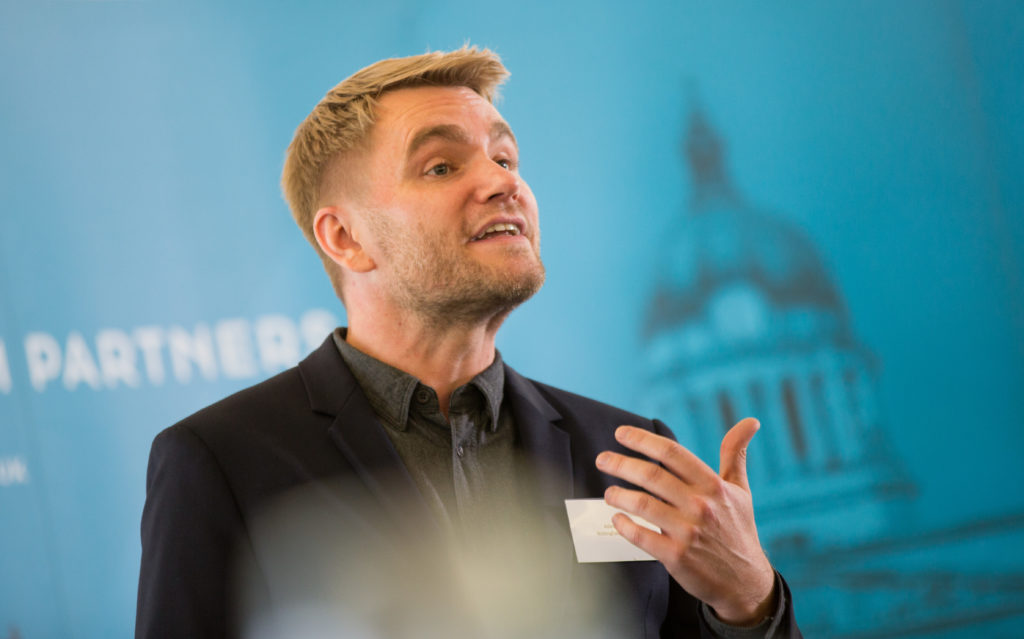 The event’s second speaker, Tristan Hessing, founder of One Thoresby Street, has made a similarly significant contribution to Nottingham’s creative and cultural landscape over the past 15 years. Having graduated from Nottingham Trent University as a fine artist, he found a gap within Nottingham’s cultural sector and a lack of provision for studio and gallery space which would allow emerging artists and creatives to remain within the city and contribute to its ongoing cultural development.

Now a thriving artistic hub in the heart of Nottingham’s Creative Quarter, One Thoresby Street was founded with fellow graduates in 2004. His presentation focused on the unique way Nottingham’s art studio culture operates as a cooperative, supportive environment. Together with like-minded organisations, Primary and Backlit, One Thoresby Street work to support not only each other, but to better serve their community and to achieve growth within Nottingham’s cultural sector. 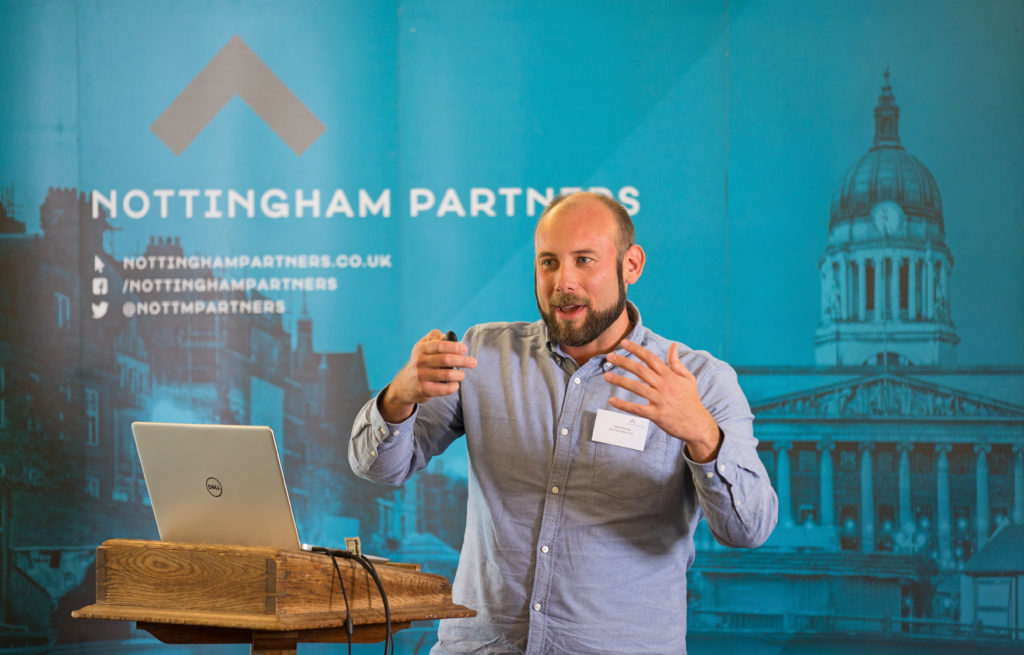 Next to take the stage was Steve Mapp, Chief Executive of Broadway, who began by outlining a brief history of Nottingham’s four screen independent cinema, from its notable advocates including Shane Meadows (This is England) and Quentin Tarantino (who held the UK premier of Pulp Fiction there in 1994) to its strategic partnership with the British Film Institute. His presentation provided insight into the Nottingham creative institution’s wider role in the arts, education and talent development within the cultural sector, and the business’s journey to become a major resource for media training and job development within the Midlands. 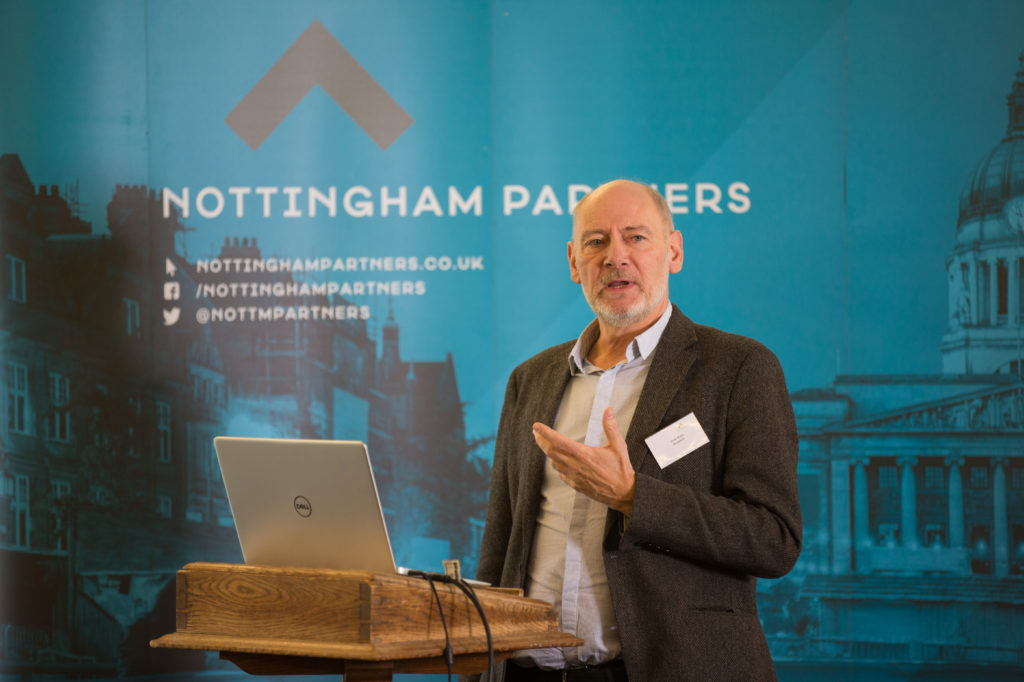 Broadway is also the home to award-winning filmmakers such as Jeanie Finlay, whose moving documentary Seahorse: The Dad Who Gave Birth was screened on BBC 2, and whose recent Game of Thrones documentary The Last Watch was primarily edited on site.

The future looks bright for Broadway, having recently been awarded £500,000 by Arts Council England for a refurbishment project which will give a new lease of life to the café bars, terrace and foyer as well as help their ongoing efforts to become more environmentally sustainable.

Paul Southby returned to the stage to close the event, notifying guests about the Nottingham Partners Christmas Drinks Reception which will be held on Wednesday 11th December and will be hosted by The Lace Market Hotel, in their stunning Saint Bar in the heart of Nottingham. Guests looking to attend to toast the festive season with a cocktail kindly supplied by the hosts and sponsors are encouraged to book their place at the free-to-attend event. 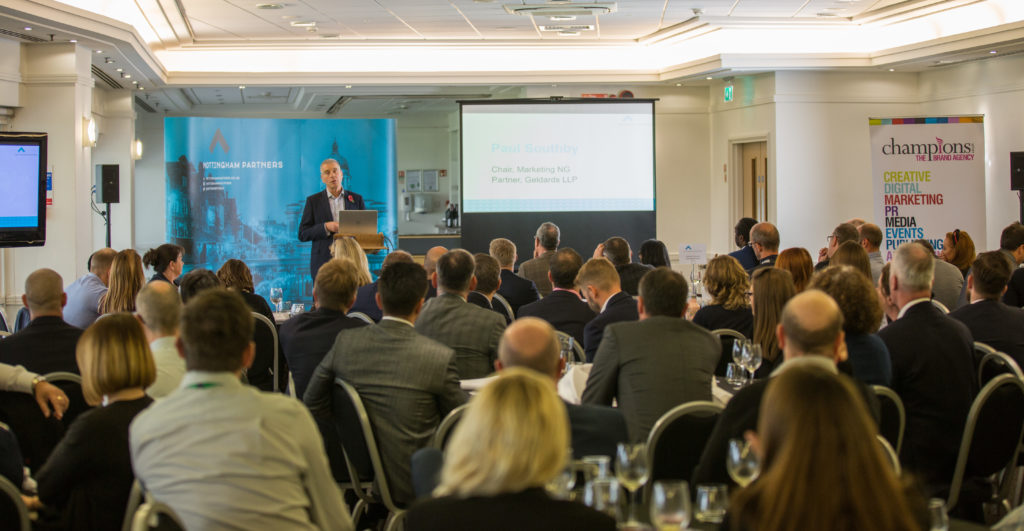 The next Nottingham Partners lunch will be held on Friday 10th January 2020 in the newly refurbished Spotlight Bar and Restaurant at the National Ice Centre & Motorpoint Arena in Nottingham. Speaker Cllr David Mellen, the Leader of Nottingham City Council, will be setting out his ambitions for the City, while Karen Bradford, the Chief Executive of Gedling Borough Council, will be updating business leaders on the developments in Gedling. Please do click here to book your place.

We have a great calendar of events lined up for 2020 and there’s never been a better time to find out more about Nottingham’s premier network. Contact Annette Thornley, our Commercial Partnerships Manager for more information at annette.thornley@nottinghampartners.co.uk or 0115 962 8311. 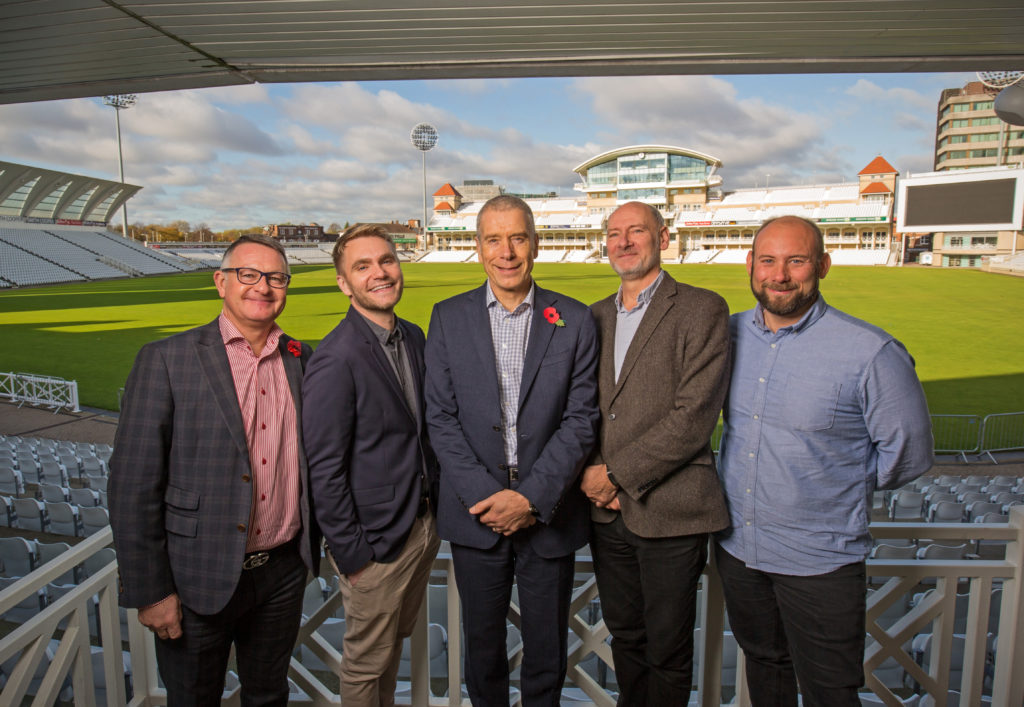